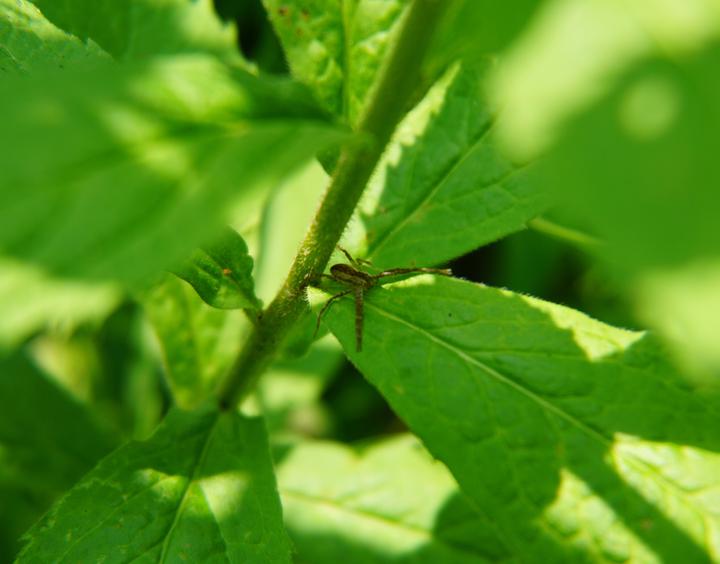 Functional trait approaches in ecology chiefly assume the mean trait value of a population adequately predicts the outcome of species interactions. Yet this assumption ignores substantial trait variation among individuals within a population, which can have a profound effect on community structure and function. We explored individual trait variation through the lens of animal personality to test whether among‐individual variation in prey behavior mediates trophic interactions. We quantified the structure of personalities within a population of generalist grasshoppers and examined, through a number of field and laboratory‐based experiments, how personality types could impact tri‐trophic interactions in a food chain. Unlike other studies of this nature, we used spatial habitat domains to evaluate how personality types mechanistically map to behaviors relevant in predator–prey dynamics and found shy and bold individuals differed in both their habitat use and foraging strategy under predation risk by a sit‐and‐wait spider predator. In the field‐based mesocosm portion of our study, we found experimental populations of personality types differed in their trophic impact, demonstrating that prey personality can mediate trophic cascades. We found no differences in respiration rates or body size between personality types used in the mesocosm experiment, indicating relative differences in trophic impact were not due to variation in prey physiology but rather variation in behavioral strategies. Our work demonstrates how embracing the complexity of individual trait variation can offer mechanistically richer understanding of the processes underlying trophic interactions.